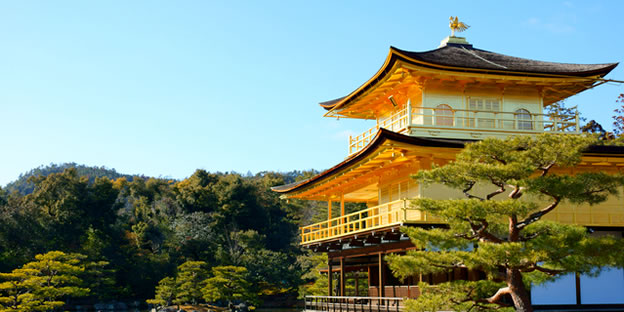 Kinkakuji, the Temple of the Golden Pavilion, is one the most iconic sights and popular attractions in Japan. It was built by the Ashikaga Yoshimitsu, the third shogun of the Muromachi shogunate, in 1398. Always a vision, its magical beauty is particularly captivating when a blanket of pure white snow sets off its golden contours, making Kinkakuji a still ……Read More >> 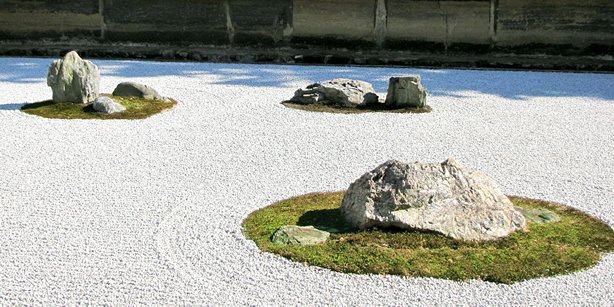 Ryoanji was founded by the Muromachi Period military leader Hosokawa Katsumoto in 1450. The temple belongs to the Rinzai Zen Buddhist sect, and its karesansui (dry landscape) rock garden is the most famous Zen garden in Japan.Ryoanji blazed into prominence as a Zen temple from the time of its founding. At its peak, Ryoanji boasted grounds several times th ……Read More >> 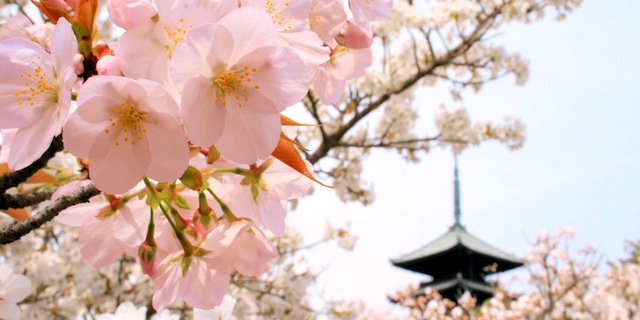 The 59th Emperor of Japan, Emperor Uda, abdicated early in the Heian Era. He then took the monk’s vows, founded the Ninnaji Temple in 888 AD, and retired there as its head priest. In this capacity, he constructed a residence known as Omuro. Because its palatial design was reminiscent of the imperial household at Gosho, the living compound eventually came ……Read More >> 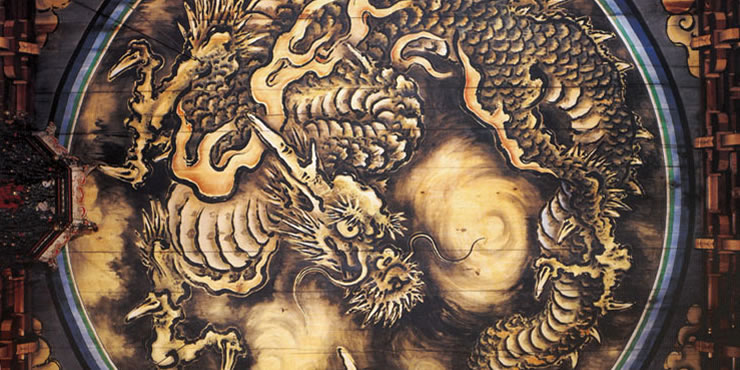 Myoshinji is the headquarters for the 3,400 temples of the Myoshin school of Rinzai Zen Buddhism, and comprises the largest Zen Buddhist temple complex in Japan. Along with Daitoku-ji, the Myoshinji temple is known for the rigorously ascetic discipline of its priests. Once in a while visitors to Myoshinji will hear voices in the near distance yelling “HOO ……Read More >>

Warrior chieftain Ashikaga Takauji, first shogun of the Muromachi shogunate, founded Tojiin in 1341. Takauji was guided by Muso Kokushi, the Zen master and renowned landscape designer, who both created the gardens and ponds on the Tojiin grounds and served as the temple’s first head priest.Today Tojiin is also known for the offbeat painting that depicts t ……Read More >>