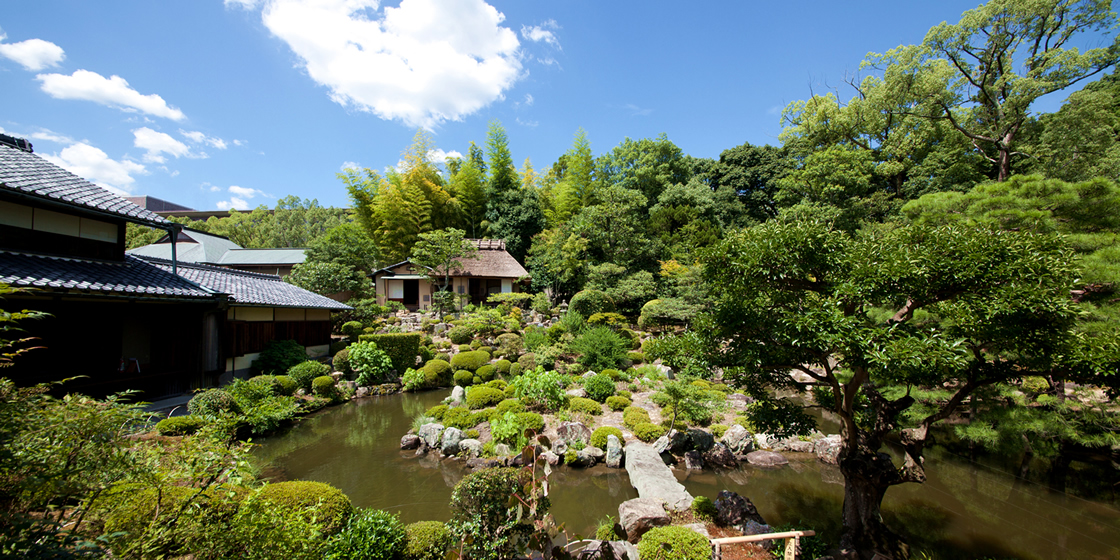 “You’ve got to check out the Daruma painting. Love that hood!”

Warrior chieftain Ashikaga Takauji, first shogun of the Muromachi shogunate, founded Tojiin in 1341. Takauji was guided by Muso Kokushi, the Zen master and renowned landscape designer, who both created the gardens and ponds on the Tojiin grounds and served as the temple’s first head priest.

Today Tojiin is also known for the offbeat painting that depicts the priest Daruma, or Boddhidarma, who first transmitted Zen teachings from India to China. The striking and somewhat comical red-hooded Daruma was rendered by priest-artist Seki Bokuo, a one-time temple abbot. While the Daruma is likewise displayed at the Tenryu-ji temple, the visage of the great priest there has nowhere the same impact as his presence at Tojiin, where he looms huge, smirking from floor to ceiling at visitors as they enter the main hallway, from his vantage point at the far end of the dimly lit corridor.

Those who wish to fully appreciate the landscaping genius of master priest and designer Muso Kokushi are invited to stroll through the temple gardens, along a path that winds around the pond in the center. Gaze across the pond from the temple to the tea house and feel the warm glow of serenity that the scene brings.